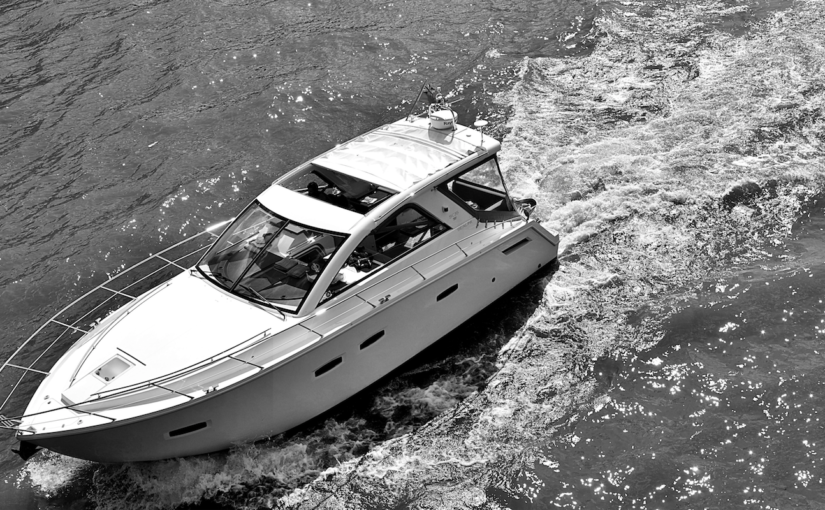 Boat building has been a prevalent art in India since the age of the Mohen-jo-Daro and Harappan civilizations. We say art because, truly, designing and building a boat is equivalent to painting a picture! In the course of history, this tradition of boat building diminished to some extent, but nevertheless, over the past few decades, advancements in technology and design have spurred the revival of boat building in India.

The Evolution of Boat Building in India

As a subcontinent surrounded by water on three sides and plenty of rivers crisscrossing the landmass, India has been a country with strong marine ties for forever. A perusal of ancient Indian texts tells us that boat building was a major part of trade and commerce since ages ago. Fragments from the Indus Valley Civilization prove that huge ports and ships were integral to trade with Mesopotamia and Egypt. The boats of that era were primarily built from wood and iron, according to stringent rules specified in the ancient texts. Huge ports in what are now Gujarat, Maharashtra, and Kerala were bustling centres of international trade.

Cartography, shipbuilding, and woodmaking were renowned professions and visitors from across the world documented the prosperity of the shipbuilding industry.

In later years, with constant invasions and natural disasters, these civilizations declined, as did the art of boat building. Repeated attacks from foreign powers took their toll on the economy of the country and voyages almost stopped. Further, as the first European settlers started arriving in the 13th century, boat building regressed further. The British and French colonies brought their own techniques of boat building and manufacture, which were then adopted in India.

The Indian boat building industry suffered greatly during these times, due to the lack of strong maritime leaders who could hold on to the indigenous methods of boat building. However, on the other hand, India was awarded a lot of contracts for building British ships, which kept the shipbuilding industry afloat in that period.

Post-Independence – End of the Millenium

In 1947, India had a standing fleet of 33 ships and a number of ports along the east and west coasts. The development of the Indian Navy for coastal defense and the merchant navy for global trade led to rapid gradual advancement in the speed and methods of boat building. In addition, the initiation of the national defense forces, such as the Indian Coast Guard and the Border Security Force have also influenced the design and types of boats being used for patrol, rescue, and aid during these years.

Basics of Boat Building in the 21st Century

Today, boat building, services, and repair have developed to a great extent in India. The current trend is to use prefabricated sections that are manufactured independently and then assembled in a shipyard.

The entire process is as follows:

The first step is to select the right boat material, depending on the application for which the boat is to be used. Modern boats have eschewed wood, iron, and steel, preferring the flexibility and handiness of Fibre Reinforced Plastic (FRP). FRP boats are the most popular in India, for a majority of the application including patrolling, rescue, ambulance boats, recreational boats, catamarans, and more.

Given the increasing need for speed in today’s world, it is an important consideration for boat design as well. Boats are now focused on aerodynamic design, with sleek hulls and strong propellers to increase the speed of the vehicle. As mentioned previously, the purpose of the boat influences the complete design of the boat. For instance, the design of an ambulance boat is such that it accommodates all the necessary first-aid and safety equipment, stretchers, and more, while the design of a recreational or cruise boat is such that it accommodates a stage, safety equipment, lifebuoys, storage areas, etc.

Manufacturing of a FRP boat is usually done by prefabricating the two halves of the boat using molds. Separate molds are used for the hull, deck, and other miscellaneous parts like seats, fuel tanks, hatches, and storage lockers.

The open mold is first spray-coated with a pigmented polyester resin called a gel coat. This becomes the outer side of the boat. Once the gel coat has hardened, sheets of glass fibers saturated with a thermosetting liquid are rolled on the skin with a metal or plastic roller. Several layers of these sheets are applied and dried until the desired surface thickness is obtained.

After the resin has cured the part is removed from the mold and the edges are shaped and trimmed, as per the final dimensions. The different parts of the FRP boat are assembled using mechanical fasteners, woven glass mats and resin, or adhesives. Often, the closed cavities in the hulls of small boats are injected with flotation foam to make the boat unsinkable. After the assembly, all the mechanical and electrical fittings are fixed, along with the interior aesthetics such as carpeting, seat cushions, and other furnishings.

Navigation, communication, and safety equipment is then added to the boat and tested for precise operation. Advanced navigational systems and sophisticated communication channels are being used these days even in small boats. Outboard technology has improved greatly over the years, with digital shifting and joystick docking facilitated.

Boats are well on their way towards automation, with integrated chartplotters, retractable hardtops, Wi-Fi networks, and other bells and whistles.

So much for the manufacturing of the boat, however, an important part of boat building is boat maintenance and repair. Boats need to be serviced at periodic intervals, inspecting the equipment and vehicle for any signs of damage and repairing the requisite areas immediately. This is not just because the SOLAS Agreement mandates it, but also to ensure complete safety and maximum efficiency of the boat at all times.

The Future of Boat Building

Boat building has grown by leaps and bounds in India. Though we are not yet a global maritime power, India nevertheless maintains a strong presence in the maritime world. The future of boat building is now focusing on the use of composite materials to make the boats lighter, more environment-friendly, and efficient. The sulfur cap set by the IMO has prompted the boat manufacturers in India to revamp conventional designs and come up with innovative solutions to meet the government requirements.

In addition, the rapid development of technology is influencing the future of boat building as well. Remote-controlled boats, semi-automated boats are already in use; complete automation also does not seem far off.

Boat building has been a constantly evolving art since the first boats were built. In India, the boat building industry has seen a lot of ups and downs, but now, it has started to flourish again. The Make in India initiative is encouraging buyers to purchase indigenous boats for various applications, which has led to constructive development in the work of Indian boat manufacturers. The best part? This trend is expected to continue into the next years as well!