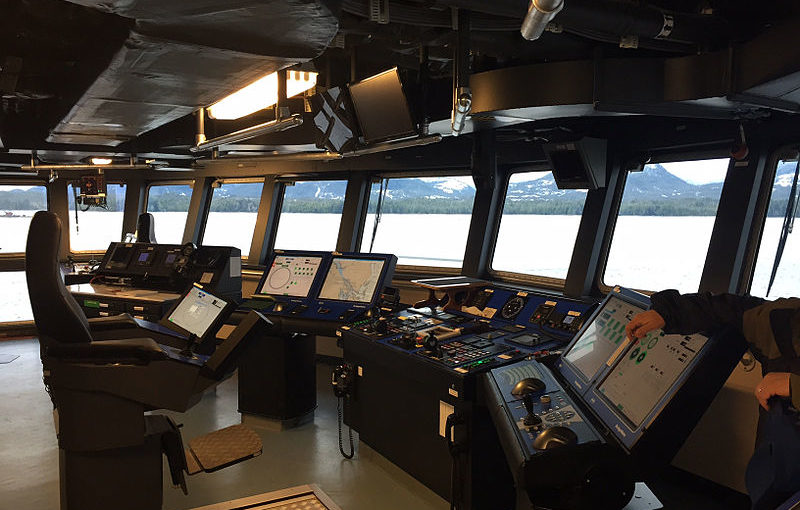 The idea of automation in boats is fast turning into reality, with major players of the world taking an active interest in building fully-automated vessels. Given the high rate of adoption of technology in boats and ships, it won’t be long before we see ‘ghost’ ships sailing across the seas.

While this change in perspective is welcome, there is the proverbial another side of the coin to be considered as well. When we speak of autonomous boats or rather, automation in shipping, the reactions are inherently sceptical. Is it even necessary? Is it as useful as it is said to be? These are some of the questions which everybody asks.

Today, we discuss the various challenges of autonomous boats, ranging from a conservative perspective to the high capital investment required, and the possible solutions that can be used to overcome these hurdles.

The Challenges of Autonomous Boats

In the process of automation of boats, there are three factors that come into play; one, remote operation of the boat, two, the onboard controller, and three, reduced number of the members onboard the vessel. All of these play an important part in deciding the feasibility of the autonomous boat. Let us see the impact of these factors on the various aspects of the boat in detail.

Autonomous boats will be entirely dependent on the technology they are equipped with, for safe navigation and transport. When tools like big data and IoT are used to drive autonomous vessels, cybersecurity is a major concern. Strong security to ensure that the control algorithms are not tampered with and the safety of the boat or the goods it carries is not compromised is important.

The chance of violation of international treaties leading to potential security conflicts is also an aspect to be considered. Unmanned stealth vessels or surface-vessels can fan political conflicts if misappropriated.

Connectivity is a critical component of autonomous boats. Communication has to be two-way, accurate, and undivided at all times, to ensure that the boat does not move off-course. Although the networks for connectivity have strengthened over the years courtesy of the satellite system, there can be potential lack of connectivity due to bad weather or any other disruptions.

The major problem is that control is not independent of the current situation of the boat. For instance, while traveling close to the shore, if the boat has to avoid a sandbank or dock at the pier, communication should be fast and smooth enough to ensure that instructions are related with time in hand and the boat does not run aground. Achieving this speed of communication and control is not possible at the moment, which can lead to accidents and loss of life and property.

When it comes to automation, taking things halfway cannot be a solution. Using technology for assistance and creating a technology-dominant operational workflow are very different things. For instance, if boats are made autonomous, but ports remain manually operated, the point of automation is lost.

If autonomous boats are to be leveraged for maximum efficiency and high productivity, the adoption of technology must be all-encompassing. This naturally requires a huge amount of capital, which is not always possible for every country (that is the next hurdle we shall see).

There is an added problem of employment issues resulting if a majority of the port activities are automated, though that is an offshoot of boat automation.

High capital investment is one of the major reasons why autonomous boats are not yet brought into frequent use. The amount of capital to be raised to get the technology involved in boat and port automation is staggering. Even with international organizations funding the research for better and cheaper alternatives to boat technology, the capital cost is high enough to deter individual boat manufacturers in India from manufacturing automated boats.

There are no international policies in place yet for autonomous boats, legalising unmanned international travel. Every boat is required to have an adequate crew onboard to attend to all the necessary operations as required. The Indian government does not permit the use of unmanned vessels and this scenario is unlikely to change in the near future.

Considering the sensitive nature of autonomous boats, the IMO is coming up with a legislative framework for unmanned vessels. There is a growing need to ships and boats to have the proper regulations in place as autonomous ships are already under construction in western countries and are in their final deployment phases.

Imagining a hypothetical scenario where autonomous boats are plying international waters, one major problem is identified immediately, i.e. that of trade routes. To ensure that accidents are to be avoided, vessels and shipping companies from across the world will have to coordinate and cooperate with each other by sharing information about their travel routes and times.

This will be important even if the boat is configured to avoid collisions, as a necessary security precaution. However, no country or company will be willing to disclose their travel routes or potential military operations due to the sensitive nature of these plans and the fierce business competition. The maritime industry works in harmony at present but this kind of autonomous shipping will require a sharing of information at an unforeseen level, which all countries and/or companies may not be open to.

Finally, although technology is an excellent alternative to human effort, it can never completely replace human acuity and judgment. AI systems have developed a lot over the past years and are being used in every sector of the world today, but shipping requires a level of experience and instinct that cannot be found in a machine.

As no machine can be programmed for every eventuality, there will always be a need for human guidance to control and direct ships in case of an unexpected emergency.

Autonomous boats are touted to be the future of shipping and they may well be so, but there are a number of obstacles to overcome before that level of efficiency and finesse in operation is achieved.

What are your thoughts on autonomous boats? Any other problems you foresee? Or perhaps a solution for those mentioned above? Drop a comment to let us know!

One thought on “The 7 Challenges of Autonomous Boats”