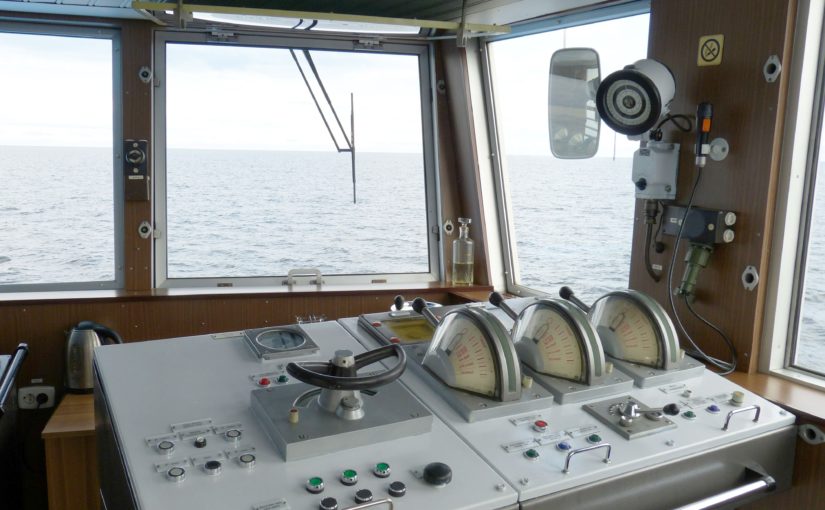 Shipping has been one of the oldest and most important modes of trade since decades. With the rapid enhancement in technology, it has become imperative to adapt to these advancements and bring in upgrades in operations aboard ships and, by extension, boats.

The shipping industry has always been susceptible to shifting trade patterns and other financial crises. Thus, it has become of importance to adopt new technology and give a much-needed boost to the field.

The Purpose of Autonomous Boat Technology

Initially, autonomous technology was conceptualized as a solution for the human errors aboard boats. Since all the major operations on the ships were carried out by people and not by machines, the scope for human error was greater. With the introduction of computer-operated machinery and automated technologies humans could offload precision-tasks to machines while we focused on the strategic planning part, which required creativity and human ingenuity. Working together thus ensured an efficient trading service.  Autonomous technology was hence developed as a secondary resource to help man aboard boats and ships.

Over the years, autonomous technology for boats has developed rapidly. The technology which was previously meant to be a secondary resource to help man has now encompassed more areas of boats than man himself.

The first, concrete steps in this direction were the remotely-operated boats plying today. The boat operator could now navigate the boat from the comfort of his/her office, while the boat transported goods with minimal human interference. The convenience offered by technology soon led to the development of fully autonomous boats, plying across short distances.

Autonomous technology is used for various purposes aboard boats, including maintenance, safety, handling operations. Since autonomous machines can carry out tasks more efficiently than man, the technology and machines are seen operating alongside man, doing the same amount of work faster and more efficiently.

This leads to a popular conundrum in the shipping industry – is autonomous boat technology really even necessary? What is the need for autonomous boats? Let’s see.

The Need for Autonomous Boat Technology

The tech also guarantees a safer and faster mode of operation since computers can analyze patterns at a faster speed than humans. Autonomous technology focuses on the execution of pre-planned missions and is programmed to alert the engineers in case of a disturbance in the set course.

The boats can be fixed with anti-collision radars and autopilot systems which will make it unnecessary to monitor the vehicle at all times. Autonomous boats can also be more efficient than manned boats in severe weather conditions and at night when there is poor or no visibility.

Makes one wonder, what must have inspired the idea of autonomous boats in the first place? Let’s find out.

The Inspiration for Automated Technology in boats

The Japanese developed the technology from 1980 onwards. In the 1990s, designs for short distance unmanned boats were developed.  In the next decade, with rapid technological enhancements, the research in autonomous boat technology gained tremendous speed while scientists explored the specifics.

Today, autonomous technology has become an inseparable part of life, especially in the trading sector. The unparalleled enhancements in technology have resulted in concepts that were mere speculations a few years ago.

Using autonomous technology in boats is commercially beneficial. Unmanned boats can run without the constraints of man and are more feasible considering the demand for global trade.  Though the boats are unmanned, their vital functions will be controlled from shore. These boats are bound to have a positive impact for the shipping industry and will also be profitable for the boat owners.

An autonomous boat will be identical to the regular cargo boat, carrying an equal amount of goods, but will cost a lot lesser than manned boats. Changes in the designs of these boats will also ensure a faster speed, guaranteeing a more efficient transport of goods.

For the safe transportation of goods, crews on boats work their hardest and are away from their homes and families for months at a time. This could bring about work-related stress, physical issues from excessive work, psychological issues from being away from home for a long time.

On the contrary, unmanned vehicles need to be monitored from the port itself and there is no need to send a large amount of crew members aboard the boat. The boats will also have enhanced systems like autopilot, anti-collision radars and built in navigation systems to ensure the perfect service.

Autonomous technology has started to encompass every aspect of shipping, so that fully-automated boats are no longer a futuristic dream. Practical applications of completely autonomous boats have come into the picture, with the leading industries in the world launching massive autonomous project soon.

Here is an overview of the upcoming projects that are set to become milestones in autonomous shipping.

The Launch of the World’s First Autonomous Ship in Norway

The Yara Birkeland is the first all-electric and autonomous container ship in the world, conceptualized a year ago. It is being produced by Massterly, the first autonomous shipping company largely based in Norway. The technology is yet to be fully commercialized, but the company promises to launch the Yara Birkeland in 2019, fully autonomous by 2020. With this project, Norwegian companies have taken a big step in developing the autonomous technology by introducing a joint venture company by Wilhelmsen and Kongsberg.

The state of the art facility will focus on research in projects like the application of Artificial Intelligence in shipping, autonomous navigation systems and the development of land-based control centers. The research facility will focus on developing the overall functioning in the shipping industry. The application of new advanced technologies to the mechanisms of boats will also prove to be beneficial for the development of the shipping industry.

Even though the introduction of autonomous technology in boats will reduce the amount of manpower required onboard the boat, it does not necessarily mean that the workers will be unemployed. Manpower will be required to oversee the maintenance and smooth functioning of the technology on board.

The growing need of a safe alternative for protecting boats from piracy, unexpected accidents, and lack of judgement makes autonomous technology a strong contender for operation of boats in the future.

That’s not to say that this technology is flawless. There is still room for error and scope for improvement in terms of safety and security. However, the increasing growth of maritime trade necessitates faster, greener, and more efficient shipping solutions, which is where autonomous boat technology can come in handy.