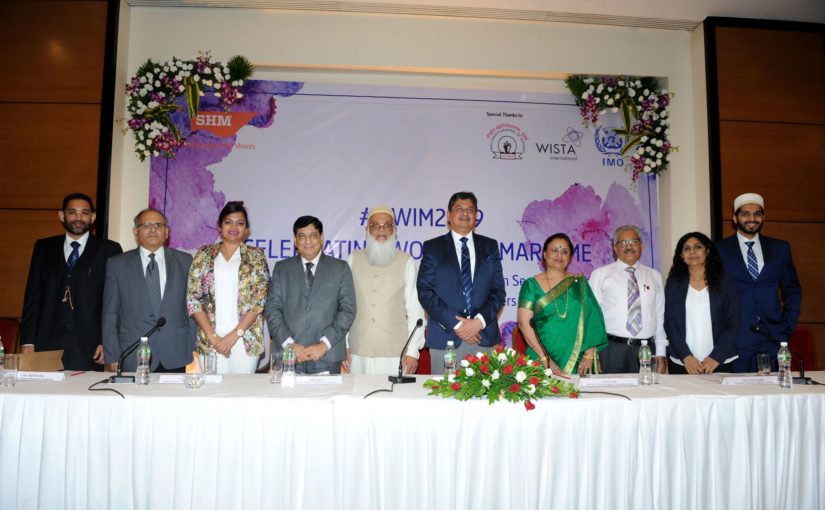 What’s been left unstated when it comes to Women Empowerment today?

This multifaceted word, rather social change is not about granting anything to this gender. It’s about the fact that one shall be able to express and exercise freely without any external confines. The baton of control of women’s lives has to come back into their own hands.

While a lot is being done, we need more than just a fight. Raised awareness among people to make society more considerate towards women is the need of the hour.

The UN with the SDG5 (Gender Equality) states that gender equality is not only a fundamental human right but a necessary foundation for a peaceful, prosperous and sustainable world.

Sustainable Development Goal 5 aims to eliminate all forms of discrimination and violence against women in the public and private spheres and to undertake reforms to give women equal rights to economic resources and access to ownership of property.

From basic provisions like education, safety, hygienic environments to equal opportunities to establish their stature in the society have been constantly questionable.

Gender equality can be achieved meaningfully if there is a general shift in the patriarchal mindset of the society.

As of 2019, The World Bank reports that only 39.8% of the entire labour force constitutes of women.  These statistics show the problematic status of women worldwide when it comes to basic rights i.e. education and employment for one to sustain and grow.

Parity of this gender in terms of equal sustenance and opportunities reflect in all sectors.

Narrowing our focus to the Shipping Industry, one can say it’s an issue to adopt and tackle.

With over 90% of world trade being carried by the Shipping Industry, it is crucial to the contemporary world. The seafarers that breathe life into this industry are expected to be strong, agile, hard-working, adaptable and resilient to certain extremes.

These qualities are not quite associated with women, hence we observe a lighter side to the ratio. Women represent a very small percentage of the world’s maritime workforce.

human progress, respect and recognition of human rights. In a specific area like the maritime, gender equality has always been an issue due to the differences that exist among enrolments per gender at maritime engineering universities, opportunities and in both on and offshore jobs.

The global ratio of women in the maritime sector accounts up to only 2% of the entire workforce according to IMO.

According to ILO, in the cruise line sector, women represent 17-18% of the workforce. Ninety-

The major stakeholders of this industry continue to be men and altering this situation is necessary to build a sustainable industry.

The main reason these numbers dwindle is that most women have little knowledge or lack awareness regarding the maritime field. Unlike other career options, careers in the maritime industry are not very well known to many young women and so they end up choosing mainstream career options.

As Kitack Lim, Secretary-General of IMO said, “Empowering women isn’t just an idea or a concept. It is a necessity that requires strong, positive action to address deep-seated structural, institutional and cultural barriers. Shipping has always been a male-dominated industry and the same applies to many of the associated jobs and professions in the maritime community. The maritime community itself is missing out on a huge talent pool if it fails to properly empower women in the workplace. ”

This year, the theme for World Maritime Day is “Empowering Women In Maritime Community” to raise awareness of the importance of gender equality in line with the United Nations – ‘Sustainable Development Goals, SDG 5. As an organisation working in the same fraternity, SHM Shipcare organised CWIM 2019- Celebrating Women in Maritime. It is important to celebrate the contribution of women in the maritime industry, to encourage more women to join the maritime community, to eliminate the ambiguity about the jobs onshore and offshore and to raise awareness about upcoming opportunities for women in the maritime world.

Dr Deepti Mankad, Founder of Mindspeak and professional trainer to maritime professionals, opened the event through her keynote address followed by the panel discussion. SHM Shipcare felicitated women in the industry for recognising their importance in all sectors of the maritime community. The event was

The IMO Strategy was accompanied by several initiatives implemented throughout different regions of the world during the 1990s, which were aimed at creating awareness of the situation faced by maritime women in their careers. The number of female alumni graduating from WMU and IMLI began to increase, and consequently, these women began to take up positions as managers, administrators, policy advisers and educators in the maritime field worldwide.

Strategically, Indian shipping fraternity believes they should first encourage women to join the maritime industry. Then get them to training institutes and retain them by providing on-the-job training. These seafarers should be supported during breaks in their career like maternity by providing them with alternative career options like ship managers, lawyers or recruiters as well.

Additionally, there are organisations like WISTA, IWSF and Maritime Union of India- Women’s Wing, are leading from the front towards making seafaring accessible to women. As a leader and an advocate of women empowerment, I laud the efforts and initiatives being taken up by these entities towards the cause, on both global and regional level. Educational institutes and leading maritime organisations should collaborate with such organisations to create the right kind of atmosphere for the women seafarers.

Among various stratagems and policies, Indian shipping companies are stepping forward to take individual steps to incorporate women into the fraternity. SHM Shipcare is a family run organisation and our values and beliefs form an important part of our organisational culture. Women empowerment has always been one of the cornerstones of our philosophy and #CWIM2019 Celebrating Women in Maritime is our bit towards this cause. In its first year, CWIM2019 saw active participation from all the entities of the shipping fraternity. The seafarers, DG Shipping, SCI, Maritime Universities, Shipping companies and Maritime judiciary as well. The panel discussion during the event brought forth, some path-breaking ideas on how seafaring can be made accessible.