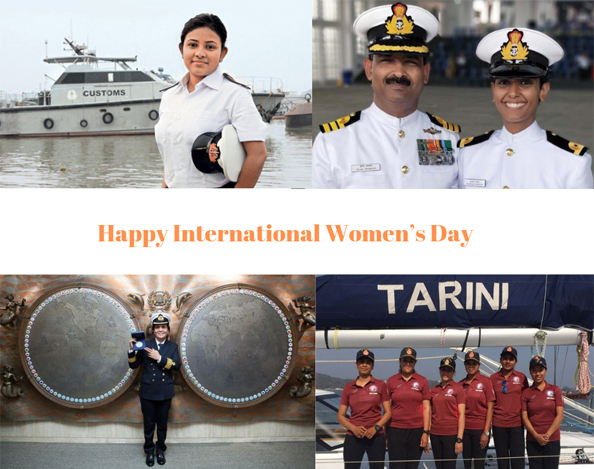 The International Women’s Day is a celebration of the strength and determination of women all across the world, a salute to their sheer talent, and recognition of the important roles they play in all our lives! We are especially proud of our female seafarers, who have broken innumerable boundaries and reached great heights in this field, as they journey to the four corners of the world!

These pioneers of the maritime industry have chartered their course for many years, braved many personal and professional storms, and fought many struggles to reach where they are today.

An indefatigable longing for adventure and the sea and the inspiration of other pioneering women in maritime across the world fueled their dreams and led them on this fascinating journey!

Here’s a look at how women have slowly but surely become an integral part of what was once a male-dominated field.

Women in the Maritime Industry – A Brief History

Prior to 1988, there was very little scope for women seafarers to make a mark in the maritime industry. The first constructive step towards including them as an intrinsic part of the community was when the IMO started the global programme for the Integration of Women in the Maritime Sector. This was a radical decision that opened many doors and introduced countless opportunities for women in the maritime sector.

A number of progressive institutes from across the world started offering graduate and postgraduate courses for women seafarers and showed their commitment to the empowerment of women in the maritime industry. The World Maritime University in Sweden started with four women student graduates in 1985 and reached a whopping 79 in 2018, showing consistent growth in the number of female graduates over the years!

Other institutes like the WMU Women’s Association and the IMO International Maritime Law Institute are also actively working towards the empowerment of women in the field. Today, women across the world and in India, are captaining ships, holding leading positions in the shipping industry, and making a successful mark upon the maritime world.

Pioneering Women in the Maritime Sector in India

India’s true acceptance of women into the heavily male-dominated maritime sector began in 1999, when Sonali Banerjee became the first Indian woman maritime engineer. Born and brought up in Allahabad, young Sonali had always felt a deep attraction for a seafaring life. The stories of her uncle’s travels in the merchant navy further fueled her dream of seeing the world.

Defying societal pressure, and her own family’s qualms, she enrolled in the Marine Engineering Research Institute at Kolkata, the only girl cadet in a batch of 1500 students! All along the way, she had to fight prejudice, skepticism, and doubt, but she successfully overcame all these challenges and emerged victorious! Her first job was working with Mobil Shipping Co. which took her across the ports of Sri Lanka, Singapore, Thailand, Australia, Fiji, and Hong Kong.

Life as a seafarer is always difficult, but even more so as a woman. There were several times when Sonali had to work twice as hard to prove herself and be twice as careful than her male colleagues. In an interview with The Times of India, she perfectly captured this sentiment, as she said, “While men can make small mistakes that are ignored, I have to be extra careful not to make one, for it will be noticed and commented upon. In every scenario, it was my determination and perseverance that pulled me through.”

In 2001, Sonali made history when she became the first Indian woman to take control of the ship’s machine room aboard a vessel of Mobil Shipping Co. Her path-breaking journey inspired countless young girls across India to follow their dreams and join the shipping industry!

Navigating a ship in the open sea is hard enough, for the smallest maneuver requires a lot of precision and judgement. But imagine doing this on a river! Navigating sharp twists and turns without running aground the sandy banks is no mean feat for a seafarer. This is what Reshma Nilofer does exceedingly well! The first woman river pilot in the world, she pilots ships from the sea to the Kolkata Port, through the treacherous bends of the Hooghly river.

Born in Chennai, Reshma fought against conservative mentalities to successfully graduate with a Bachelor’s Degree in Nautical Science. She started working with the Kolkata Port Trust in 2011 and has since gone from strength to strength building her experience and shipping portfolio. Training to be a Grade III pilot, she will be the first and only Indian woman to become a river pilot, working shoulder to shoulder with 66 other river pilots. Given the uncertain draughts and depths of the Hooghly river, becoming a river pilot involves gruelling practice sessions, tons of hours on the ship, and rigorous hours, until navigating the course becomes a matter of instinct.

However, through all this, Reshma has always stayed self-aware and humble. A few months ago, we at SHM had the opportunity to talk to her and she said, “Women can be very sensitive and compassionate, but this cannot take us through life. We need to be tough emotionally. We have the freedom to excel and prove ourselves in every field. The only way to do this is to keep becoming a better version of yourself.”

In 2017, Shubhangi Swaroop created history when she became the first woman in India to pilot an Indian Navy aircraft. This young maverick from Uttar Pradesh dreamed big ever since she was a kid. A national level gold medallist in Taekwondo and an avid diver, Shubhangi completed her BTech in Biotechnology from VIT University. However, becoming a part of the defence forces was always her first wish.

She enrolled into the Indian Naval Academy, Ezhimala, Kannur and became the first woman cadet to be recruited into the former man-only fighter units. Shubhangi will be flying a maritime reconnaissance aircraft to gather intel about the security and integrity of our maritime boundaries.

Praising her exceptional talent, Chief of Air Staff BS Dhanoa said that her performance during training was on par with other pilots despite the intense training and demanding nature of the job. And although she soars high, Shubhangi has her feet firmly on the ground. She understands that becoming the first woman naval pilot is not only a tremendous honour, but a tremendous responsibility as well! Capt. Radhika Menon is a name that people all across the maritime industry associated with selfless bravery and undiluted courage. A true braveheart, she has been breaking barriers ever since she joined the maritime world and charting new horizons for the women of India.

Born in Kodungallur, Kerala, she started small, working as a radio and communications officer with the Shipping Corporation of India. Slowly, but surely, she climbed up the ranks, becoming a second mate, first mate, and finally became the first woman in India to captain MT Sampurna Swarajya, a merchant navy ship.

Her sheer persistence, determination, and resourcefulness were put to the test when she rescued seven fishermen in the Bay of Bengal, amidst storming seas and a thunderous squall. Her brave decision to save their lives earned her the International Award for Exceptional Bravery at Sea given by the IMO, the first woman in the world to receive this honour!

She has been a role model all her life for the women of the maritime industry in India and had worked consistently to encourage and simplify their path. Capt. Radhika is one of the founding members and pillars of the International Women Seafarers Foundation which endeavors to create opportunities for women in the maritime industry and solve any problems they might face.

Her strength and relentless determination make Capt. Radhika Menon a true inspiration for girls all over India!

Six young women broke the Internet and created history by becoming the first all-women crew from India to circumnavigate the globe – the team of the INSV Tarini. Lieutenant Commander Vartika Joshi, Lieutenant Commanders P Swathi, B Aishwarya, and Pratibha Jamwal, and Lieutenants Payal Gupta and S Vijaya Devi are the six women officers of the Indian Navy who have successfully traveled across the seven seas, covering a distance of over 21,600 nautical miles in just 254 days!

These fearless young women have sailed across some of the most dangerous and tumultuous seas in the world, including stretches where waves reach as high as 10 feet on a normal day! The historic journey has been an incredible mixture of adventure, monotony, thrill, and boredom, said the crew, as they sailed the horizon. From witnessing incredible phenomena like bioluminescence and the Aurora Australis to calm hours spent on deck to surviving in rough seas, stormy conditions, and bitterly cold temperatures, these women stayed strong and tireless throughout!

It wasn’t all smooth sailing though. They prepared rigorously for three years, notching several hours at sea, before setting out on this life-changing expedition. Driven by the motto, ‘if you dream of something, go for it’ the Tarini girls are living examples of what women can do as individuals and as a team in the world!

It is truly a proud moment for all of us in the maritime industry as we read about the astounding achievements of these pioneering women. All of them have faced countless personal challenges and braved the world to be where they are right now, tearing down conventions and creating new milestones every day. 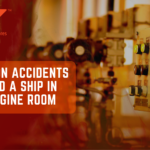