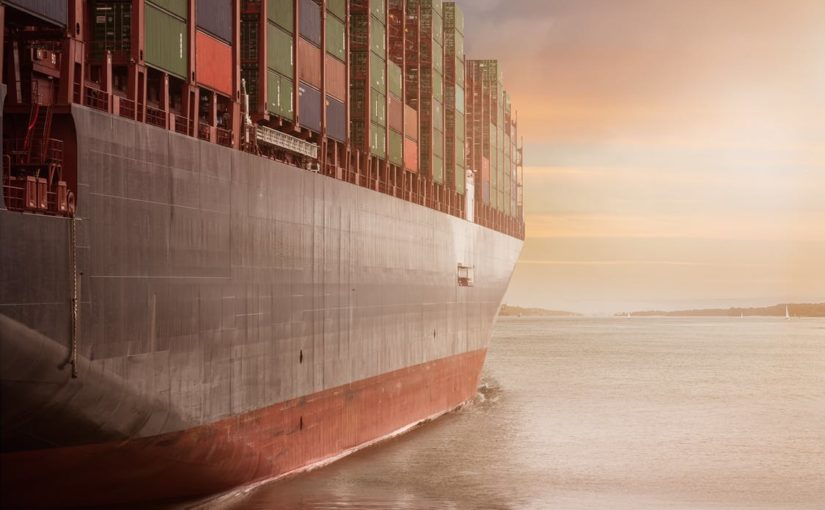 The development of the maritime industry has been inextricably tied up with the global events that have shaped history. Ship design and the shipbuilding process are no exception to this juggernaut of change.

The ship designing process has come a long way from the reed boats of ancient Egypt or even the Greek triremes. Even limiting ourselves to the recent past, we see that there has been a consistent improvement in the way ships are designed. Naturally, this trend is expected to continue in the future. With technological advances and the increasing need for better ship efficiency, ship design is going to keep changing in subtle but unmistakable ways.

Here, we see how ship design has evolved over the years, the events that shaped the design process, the various aspects of ship design to be considered, and the challenges that need to be overcome.

In ancient times, boat design was primarily classified as cargo ship design or warship design. Depending on the application, the design was altered accordingly. Warships were lighter, faster, with enough area to accommodate the soldiers. Cargo ships were bulkier, slower in comparison, and designed to store cargo in large quantities.

Before the advent of machinery, sailing techniques were an important aspect of consideration for ship design. The wind and weather conditions dominating the region created some unique characteristics in the local ship design. The hull and stern, types of sails used, the method of rigging, multiple masts, and many other small but significant technical developments were introduced, as humans ventured further and further into the uncharted oceans.

Then, of course, came global revolutions that changed the course of ship design forever.

The introduction of the steam engine was a major breakthrough in ship design. The use of high-pressure steam made the ships more efficient. In addition, double- and triple-expansion engines were also brought into practice, which improved the travel efficiency. The Industrial Revolution saw significant alterations to increase the output of the Watt engines, which in turn influenced the process of ship design.

The First World War was a tussle of titanic proportions, which saw extensive use and development of ships in naval warfare. The HMS Dreadnought was one of the most advanced armament ships in the era. This pre-dreadnought to dreadnought transition had a deep psychological impact on the psyche of the soldiers and became a crucial factor in deciding the victory for the Allies.

Similarly, the Second World War saw an evolutionary change in the way ships were designed. Quite a few of the surviving ships from WWI were recommissioned as water-borne aircraft carriers in WWII. In addition, they also had longer hulls for better speed and improved protection from hull damage.

New navigation and communication methods were invented, making progress on all digital fronts. Longer hull lengths resulted in the need for more powerful engines, which in turn, spurred the engine design.

It is safe to say that the major conflicts of the world brought about a significant change in global ship design, influencing the various aspects of design to a great extent.

Over the years, though the basic structure of the ship has remained consistent, the different aspects of ship design have undergone numerous changes. According to the classical approach of ship design, there are five principal aspects that need to be considered:

1. Structural – Relating to the different system components and their interconnectedness

Ships are independent entities consisting of numerous interconnected systems that directly impact the ship design. An aesthetic approach to ship architecture along with the necessary scientific systems in design is expected to be maintained.

2. Behavioural – Relating to operations, ship and crew performance, and response to external events

Every ship has some key performance indicators that need to be satisfied by the ship design. Modern computational methods are used to simulate various scenarios that influence ship design for improving interaction with the ship and ship efficiency.

3. Contextual – Relating to the capacity in which the ship operates

The recent advancements in ship design, such as the integration of new materials, advanced propulsion units, modern safety and protection equipment, etc. have different levels of impact, based on the capacity in which the ship operates. However, whether it is a cargo or a cruise ship, environmental concerns are a major driving factor for ship design. With this in mind, environment-friendly ships have become a need of the hour.

4. Temporal – Relating to the performance of systems over time

Assessing the lifecycle of the ship and its systems is an important part of ship design. Contingencies for systems, as their performance reduces over time, increases design complexity. It is necessary to take the natural decay into consideration and maintain a holistic approach for sustainable ship design.

5. Perceptual – Relating to the reactions of stakeholders with respect to ship design

There are a number of stakeholders in the manufacturing and commissioning of a ship. The ideal ship design has to satisfy all the requirements of these stakeholders, weighing them by priority and purpose.

The Future of Ship Design

As we have seen before, environmental consideration is one of the principal factors driving ship design today. The IMO has recently set a cap on marine sulphur content in fuel to reduce greenhouse gas emissions by 2020. This has caused the design engineers to rethink the conventional methods of ship design.

Green ships are being seen as not only as an environmental responsibility but also as a sound economic investment. Design goals are now oriented towards controlling waste water runoff, acoustic signature, use of LED lighting, eco-friendly hull design, and zero discharge.

Among the ideas of sustainable ship design is to create ships whose parts can be reused and recycled in the long run, thereby saving on manufacturing and capital costs in the future. Regular maintenance and servicing with the help of professional servicing companies is also mandated by the new design procedure.

Ship design has evolved over 6000 years to reach the advanced version we see today. Use of technology for better performance and almost uninterrupted connectivity has provided sailors with increased security.

It is now time to understand the environmental impact that ships have and modify ship design accordingly, so that the carbon footprint of ships is controlled. Boat and ship manufacturers in India are endeavouring to implement these priorities so that ship design has its course set to a green future.

What are your thoughts on the development of ship design? Drop a comment to let us know!