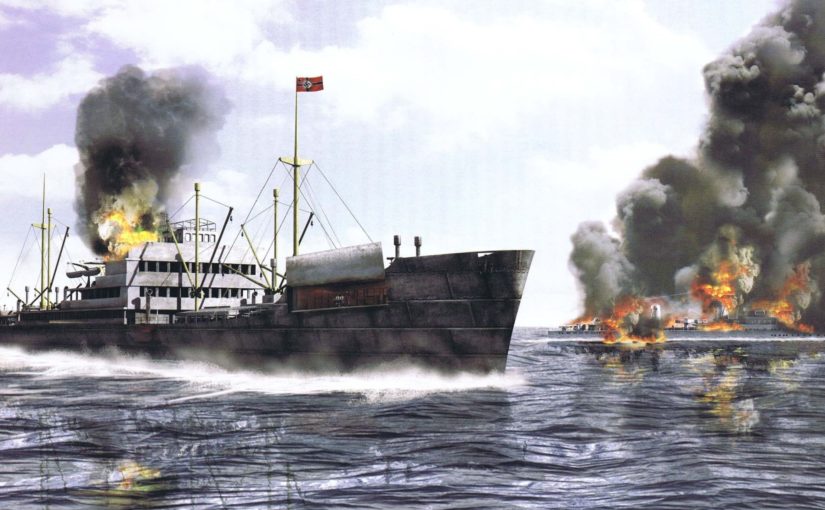 The recent incident at the Kandla port in Gujarat on January 17, 2018, when a major fire started aboard an oil vessel, MT Genessa, is one of the most recent examples why fire-safety precautions are of utmost importance on ships.

The vessel was anchored about 14 nautical miles away from the port and carrying nearly 30,000 tonnes of oil. It is speculated that the fire started either in the engine room due to overheating or in the accommodation area.

The Indian Coast Guard promptly sprang into action and worked with resource companies to stave off the fire and prevent any oil spills in the sea. 26 crew members were successfully evacuated and two with critical injuries were immediately taken to the hospital in Mundra. The Indian Coast Guard was monitoring the situation even afterwards to douse a few remaining hotspots to prevent further damage. However, the accident begs the question, why are we still not able to prevent fires from breaking out in the first place? The reason is, most of the sea-farers might tend to take safety precautions lightly, despite knowing the importance of following them to the letter.

Today, we take a look at the most common causes of fires on board ships, the precautions that need to be taken to prevent them from occurring, and the equipment that ought to be used before, during, and after fire hazards.

What are the most common causes of fires aboard ships?

Fires on ships generally start in either the accommodation area or the engine room. Some of the most common reasons why accidental fires can start on board ships include:

In older ships, the possibility of oil leakage from a high-pressure pipe due to improper fitting can be a source of fire. If the leaking oil perchance falls on an indicator cock or exhaust manifold, there is a chance of spontaneous combustion, which can quickly spread through the entire generator and engine room.

Usage of electrical equipment is strictly supervised on ships. Nevertheless, fires can start due to purely technical reasons like overloading of switches, use of open or loose wires, battery failures, overheated appliances, unattended circuits that can lead to a spark, etc.

Maintenance operations of the ship often include a spot of welding or gas cutting, which have a high-risk potential of starting a fire.  Welding is a routine part of ship maintenance but needs to be performed under careful observation to avoid mishaps due to sparks, hot metal welds, or improper fitting of equipment like non-return valves or flame arresters, etc.

Human fault is one of the most common reasons of fires aboard ships, despite the fact that all seafaring personnel are trained extensively before the actual voyage. Smoking cigarettes while lying on the bed or throwing live ends into dust bins, unattended appliances during ironing, cooking, charging, overloading switches by using multiple gadgets at once, etc., are some of the ways in which careless human behaviour can result in fires.

To ensure the safety of every sea-farer, SOLAS has decreed that all ships and sailors comply with the International Fire Safety Systems code. Some of the mandatory requirements of the FSS code include carrying pumps sufficiently strong to direct two powerful streams of water at the fire, fire-fighting equipment and personal life-safety appliances, design specifications for appropriate ventilation, and personnel training.

Apart from these, some of the basic rules sea-farers can follow to prevent accidental fires on ships include:

This brings us to the equipment that needs to be used in containing and fighting fires on ships as well as for personal protection before, during, and after the fire.

Although prevention is better than cure, fires are an occupational hazard which cannot be foreseen. The only option in such an unfortunate circumstance is to mitigate the situation as much as possible.

Numerous fire-fighting appliances and personal safety equipment can be used to save the lives of crew members in the event of a fire. Here, we see some of the most frequently-used devices in case of a fire-related emergency aboard the ship.

These are used to prevent the fire from spreading to sensitive areas.

Fire hydrants draw and supply water in times of emergency situations. These are designed to withstand extreme heat as well as extreme cold, so that they can function even under sub-zero conditions.

Fire hoses and nozzles are used to actually spray water over the part that has caught on fire. They are expected to be at least 10 mts in length, though this may vary depending on the length of the ship. Fire hoses are placed at regular intervals so that the nearest is easily accessible at every part of the ship.

Fire suits are important for personal safety in fires. Made of heat-resistant material, they are worn while containing the fire aboard ships.

Dangerous environments that lack oxygen, such as a fire, require the use of breathing devices to safely operate within the place and evacuate people from there. It includes a face mask and a connected oxygen cylinder.

Lifeboats and liferafts are basic requirements for safe evacuation of personnel. SOLAS-approved liferafts are a must for small ships should the need to abandon ship arise in case of fire hazards. Larger ships are expected to carry lifeboats sufficient to house 125% of the population on board the ship.

Marine safety is a crucial concern in today’s world, especially as shipping accidents are on the rise despite advanced technological resources. Preventing fire hazards on ships for safe travel and transport of goods can be easily achieved when the personnel are in an alert frame of mind and are well-equipped to take the necessary action.

Ship safety equipment manufacturers in India, like SHM Shipcare, endeavour to provide quality devices and safety appliances that save hundreds of lives at sea. It is the duty of every sea-farer to ensure that self- and ship-safety is taken seriously at all times aboard the vessel.