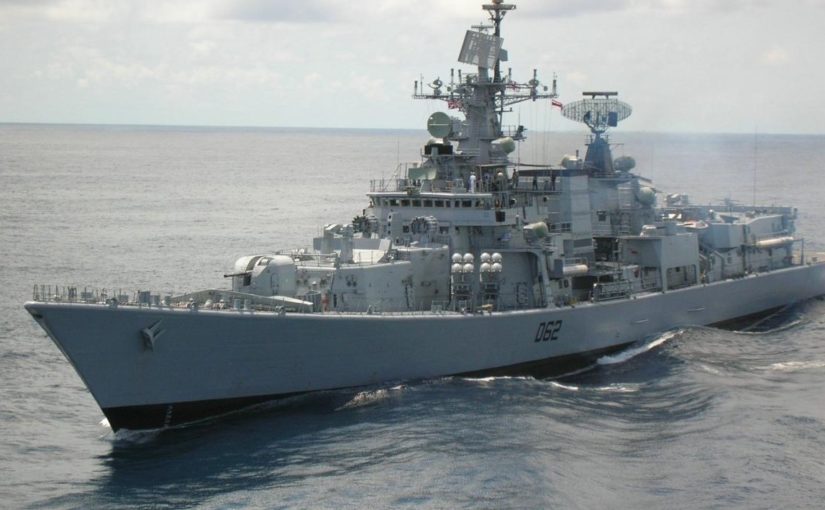 India is a predominantly maritime nation, with a coastline of 7,517 km. This influences all the spheres of Indian lifestyle, from trade to tourism. India’s peninsular orientation dominates trade connectivity with the rest of the world. Consequently, it is seen that safe sea trade is a direct influencer of the economic prosperity of the country. Even today, 90% of India’s trade, by volume, is made via sea routes, making security and safety imperative.

Tourism has developed in the coastal regions of India, necessitating better safety equipment and technological efficiency in boats and ships. Additionally, the vast biodiversity of our marine ecosystem needs constant protection and conservation.  The rising threat of piracy and terrorism makes border control a very serious matter.

Given the influence of the seas on the economic and social stability of India, a strong defence force for the protection of the coast and marine territories is important. As we have seen previously, the responsibility of protecting our coastline is broadly divided between three principal forces, viz., the Indian Navy, the Indian Coast Guard, and the Border Security Force.

In this article, we see what the functions are, in maritime protection, and the vessels used by these forces that help them work efficiently.

Protection of India’s territorial integrity, residents, and offshore assets from external, seaborne threats is the principal avenue of marine protection, handled by the Indian Navy. Furthermore, it is the responsibility of the Navy to deter conflict and coercion in these waters.

Coastal and offshore defence is a part of maritime security and is primarily focused along the coastline, baseline, internal waters, and to an extent in the territorial waters. Though the overall management of the coastal and offshore defence operations falls under the purveyance of the Indian Navy, services are provided by other state and central forces such as the Indian Coast Guard, Border Security Force, State Police, Other Armed Forces, Central Industrial Security Force, Intelligence Agencies, Customs and Immigration Authorities, Port Trust Authority, and Shipping and Energy Operators.

The length of the Indian coastline necessitates active patrolling and surveillance activities to ensure civilian integrity and curbing of illegal activities. The Indian Coast Guard heads this constabulary responsibility, with involvement of the Navy if the situation so demands. Surveillance and patrolling is a non-military aspect of marine protection and the forces are employed usually to enforce the law of the land along coastal regions and in maritime zones. Combative measures are to be implemented only in dire circumstances or for self-defence.

Search and rescue operations include humanitarian missions in coastal and internal waters of India. Disaster relief, salvage and rescue operations, ordnance disposal, maritime surveys for hydrography, provision of first aid and food in times of crises, etc. are some of the responsibilities covered under search and rescue services. This avenue of marine protection is handled mainly by the Indian Coast Guard.

Based on the different avenues of marine protection mentioned above, a number of vessels and ships are used by the naval forces of India. These include warships, submarines, frigates, aircraft carriers, corvettes, torpedo boats, patrol boats and vessels, rescue boats, research and survey vessels, and an auxiliary fleet.

Let us see the different kinds of boats commissioned, as per the area of marine protection. Here, we shall discuss only the medium and small-sized vessels employed by the Indian maritime forces.

Fast patrol vessels of the Priyadarshini and Sarojini Naidu class are high-speed vessels used in the coastal and economic zones for search and rescue operations. These boats can travel at speeds of over 30 knots and carry a full complement of 42 crew members. The other classes of fast patrol boats include Rajashree, Aadesh, and Rani Abbakka classes.

As the name suggests, Ambulance Boats are used to provide disaster relief and first aid services in times of crises. They are equipped with all life-support equipment necessary, such as defibrillators, automated respirators, stretchers, drugs, first-aid medicines, and more. These boats ply in inland as well as coastal waters, where aid cannot be provided via larger ships or land and air.

Immediate support vehicles are used in search and rescue operations, facilitating rapid extraction and patrolling in coastal and offshore areas. These are lightly armed vessels and can reach a maximum speed of 40 knots.

Research vessels are designed to endure long periods at sea and include all the equipment necessary for scientific studies. Survey vessels are a part of research vessels, employed mostly for mapping and cartography reasons. India has 9 research and survey vessels currently in service, of the Sagardhwani, Sandhayak, and Makar classes.

This is but a small list of the various boats and ships commissioned by the Indian maritime forces. For further information, the complete list of active ships in the Indian fleet can be found here.

The maritime strength of a nation is not only a strong indication of its overall power in the world, but also an enabler of national growth and development. India’s geo-strategic location offers it a great advantage towards becoming a dominant force from the global maritime perspective. To achieve this goal, India has implemented a multi-pronged approach towards naval development. This includes the creation of a better and smarter navy than ever before, with indigenous means.

The drive towards becoming a builder’s navy instead of a buyer’s navy is shaping Indian maritime strategy and all the native boat and equipment manufacturers have pitched in with their efforts to provide the required services. In addition, the emphasis on advanced technological use has led to a rapidly automation-heavy fleet, adding a new dimension to India’s naval scenario.

The exponential development of the Indian navy has been such that it is touted to become the world’s third most-powerful navy by 2030. Whether that comes to pass remains to be seen, but it is true, nevertheless, that the Indian coastline protection fleet has grown by leaps and bounds over the past 50 years and is anticipated to continue to do so.