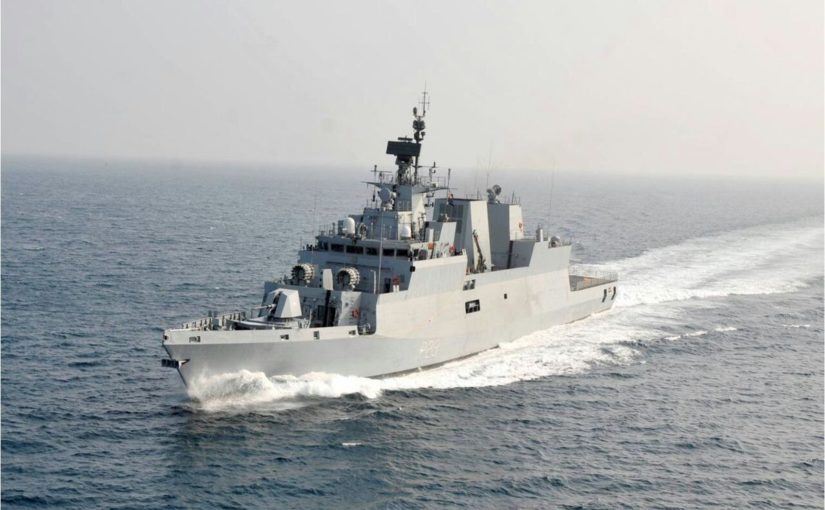 The Indian Navy has grown from strength to strength over the past few decades, becoming one of the strongest marine forces in the world today. However, given the increasing geo-political undercurrents in the waters of the Indian Ocean, there has been a lot of uncertainty plaguing the policing forces in these regions.

The Navy has hence adopted the mantra of becoming a ‘combat ready force for national security’ and is working directionally for the same. As a part of its safe seas and safe shores idea, the Navy is implementing several strategies to protect the country from maritime threats and safeguard the areas of maritime interest.

Commitment to the ‘Make in India’ Initiative

The principal component for strengthening the Indian Navy is its portfolio of ships, submarines, life-saving equipment, etc. The navy has always maintained an approach of becoming a builder navy as opposed to a procured navy and has hence focused on manufacturing the required equipment indigenously, to the maximum possible extent.

As an advocator of Make in India since the initial stages of the project, the design wing of the Navy has manufactured and repaired ships indigenously since the 60’s, with over 200 ships built in India. 34 ships are currently under construction by indigenous manufacturers, from small ships to huge aircraft carriers.

Some of the most diverse ships commissioned include stealth frigates, aircraft carriers like INS Vikrant, Landing Craft Utility ships, Immediate Support Vehicles, ASW stealth corvettes, light combat aircrafts, and training ships. All these are built by indigenous ship manufacturers per the naval standards.

The recently commissioned INS Kiltan has over 90% of indigenous material and is a top-of-the-class ASW stealth warship. The Navy now aims to manufacture not just the ships, but also the safety and other equipment required in a ship indigenously.

Speaking on the occasion of Navy Day, December 4, 2017, DD National interviewed Admiral Sunil Lanba with respect to the current naval scenario for strengthening the policing capacity of the Indian Navy in the Indian Ocean.

The current maritime safety strategy of the Indian Navy includes revising the training structure for combat readiness and implementing mission-based deployment of ships and submarines for improved clarity and awareness of the marine scenario.

The transition, as brainstormed and outlined by the chief officers of the naval command, will take place in two phases. In the first phase, the ships will have a smoother transition cycle from repair and refit to reaching full combat efficiency and the next periods of operation.

The second phase will encompass individual and group training of the naval officers to make them combat ready. Several checks and stages of training have been defined, where the officers will train at sea with aircraft and other equipment as well. These cohesive units will then be ready for deployment anywhere across the world.

This program and the newly commissioned ships will work in conjunction as a means of keeping track of all the activity along the maritime routes, driving India towards combat-readiness.

The Indian Navy has consistently worked to protect our marine boundaries and secure the country from maritime threats. Indigenisation for self-reliance and self-sufficiency has been a primary tenet in the developmental strategy.

In this period of political upheaval, it has now set its sights on becoming a complete combat-ready force, to better ensure national security. The various initiatives and measures undertaken have led to the creation of a strong Indian presence in marine waters, which is sure to grow exponentially in the near future!